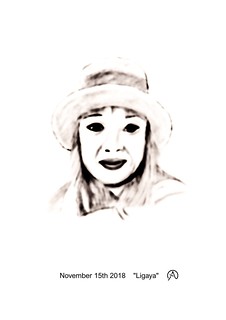 This collection of poems aI have dedicated to Ligaya V. Bugten, living on Ørlandet in Norway, who was a friend of mine on Facebook. We came to know each other before she was aware of my situation, and she made me the knitted doll which by the site is presented. Ligaya called the doll "Lille Anders" (Little Anders).

By the work of Ligaya, aI also came to know Lolita Liwanag, living in New York, and also she became my friend on Facebook. Lolita aI dedicated the tune called "Lolita" to, that tune being the run of what aI originally thought of as the river on Trixnix.

Two friends I had to ease my pain
and hinder that I was in vain.
They gave support right from the start
and will be called the prides of art.

By expectations to me shown
I felt I was not on my own.
By never failing interest
they made me feel for standing test.

Together they saw to it I
was always Jesus' mercy by.
And holy love they both did show
the way they showed I was to know.

Hearing it later, "stay cool" is the message of it, and of Lolita Liwanag, aI believe. 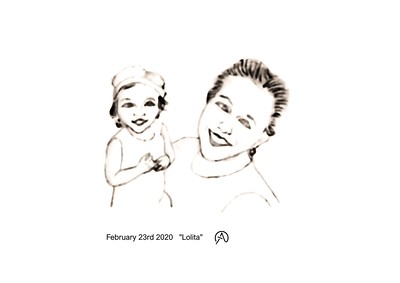